Despite a backed up To-Do list, a sore throat and lost voice, and some seemingly yet unconfirmed better judgment, I went out last night to the Detroit Bar in Costa Mesa. We Are The Pilots were playing their final residency show and I just had to show up and see these boys again.

And they did not disappoint! The guys played an awesome set with a very special guest appearance by my dear friend, Wizard and phenomenal musician Garrett Sadler on keys and I couldn’t help but shake my tail feather. I couldn’t cheer with the rest of the massive crowd (they had a huge turnout!) so I just pumped my fist a lot. I felt like that was a solid way to show my support. Near the end of their set, the band passed out tons of laser pointers and finger lights and we had a fantastic light dance together while they played their last songs. It was beautiful. A dark, dirty bar was beautiful. Yea, I said it.

As aforementioned, it was very crowded so I walked around with this little napkin note to avoid talking. 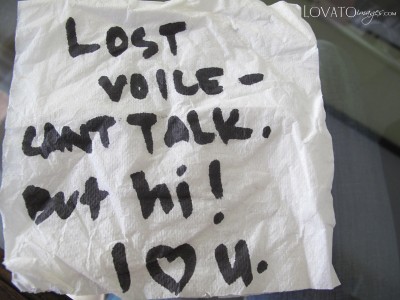 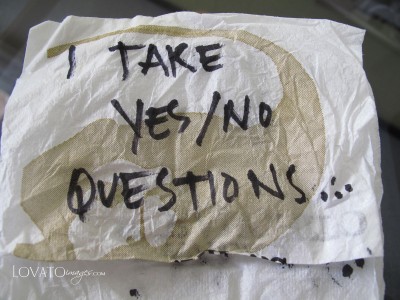 It didn’t really work. My voice is still gone. But I’m back at it today, working in the office cave all day, talk-less. But hi! I <3 U.