My awesome second shooter and I were on our way to meet Lindsay at her make-up appointment before her wedding. I got a weird text message from her on the freeway so I called to inquire. ‘Don’t come,’ she said immediately. ‘I’ve lost the rings, I’m freaking out, I don’t want pictures right now.’ I got off the freeway and went back home to take the poodle on a longer walk. And pray.

Not just the rings…but her diamond tennis bracelet and her grandmother’s antique jade ring were in this little bag that Lindsay had not misplaced, but straight up LOST. They were gone.

She tore apart her condo, and then her mothers house, and on her way out of the subdivision, she saw a sign. ‘RING – 714.555.555’ it said (but with the 5’s replaced with real digits, obvs). Frantic, wet faced, and heart pounding, she called the number.

‘Do you have my rings?!’ she begged when a man answered the phone.

‘My wedding rings,’ she cried.

‘What else?’ he responded.

‘My grandmother’s ring and my bracelet and my engagement ring and wedding band and my fiance’s wedding band,’ she explained.

‘What else?’ he responded again.

‘Um…they were in a Swarovski bag and there was an ivory jewelry pouch and…um…’ she described as much as she could.

Ten minutes later, lost rings and jewelry were delivered, and the rest of the day went according to awesome plan.

And that, my friends, is not only a modern day miracle, but proof that there really is GOOD in this world. 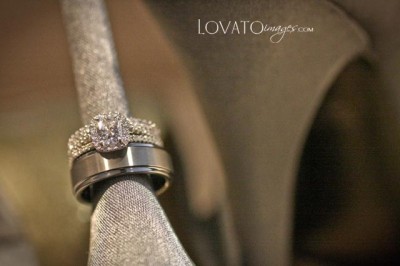